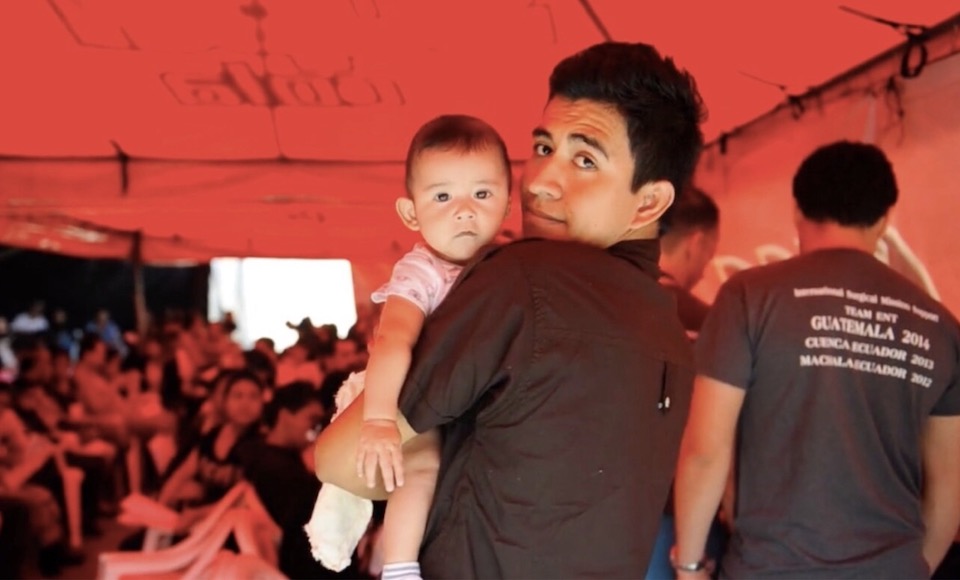 On the flight back from Guatemala City I looked around the cabin and saw the 17 exhausted members of ISMS Team ENT. After a week of treating nearly 350 patients and running 3 operating rooms and performing nearly 80 operations, our team was tired but fulfilled.

We had just completed our third mission and this year the gravity of the surgical cases and complexity of the operations were more prevalent than in the past. The thyroid and neck pathology was intense.

Later that week Isabella who’s Thyroid goiter was compressive underwent a similar operation to alleviate the swallowing and breathing difficulty from the goiter.

While this year there was a significant amount of neck disease, there was also a large population of facial deformities in children.

Karen has a large right lip hemangioma deforming her appearance, inhibiting her speech as well and interrupting her eating at times. Just 48 hours later her appearance was transformed and today just one month later she can live a normal life.

The beautiful people of Guatemala welcomed our team making us feel like family. It was with great regret that we couldn’t stay longer, however our effects will be long lasting there and we hope to return again one day.