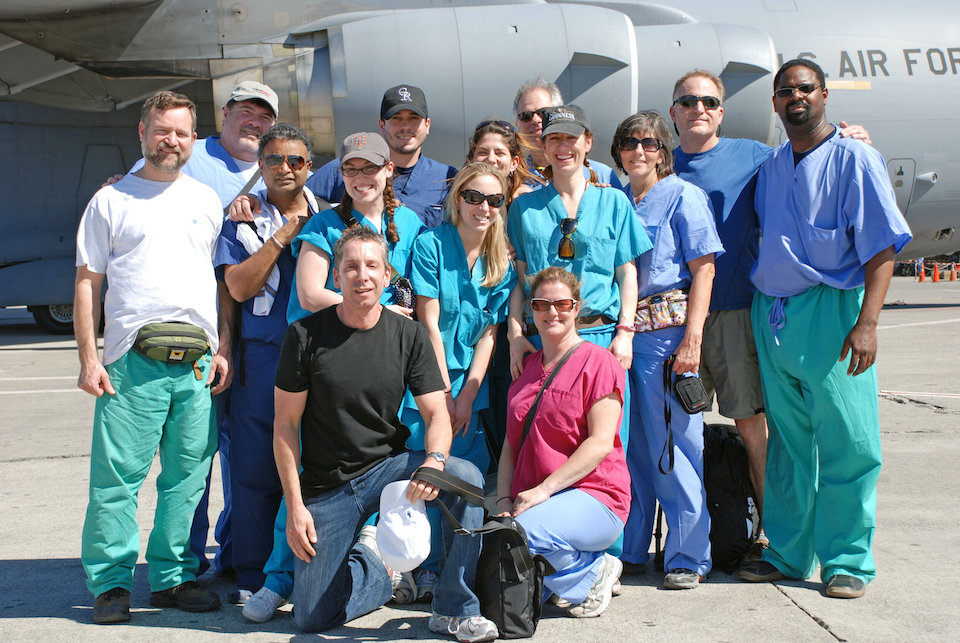 In 2010, Operation International traveled to the earthquake-devastated Haiti to perform surgeries on those who were physically impacted by the disaster. The team had a mission scheduled to Egypt in couple of months, so our warehouse was full of equipment and supplies ready to go.  We were able to charter a private plan to move all of our team and supplies from Florida to Haiti. Many of the local pilots offered to ferry the team members to Florida.

Even after watching videos and news reports of the Haiti Earthquake, this mission opened our eyes to the true devastation and destruction that was caused. After meeting the hospital administration and introducing ourselves, we discovered that the entire capital has total of 5 functioning operating rooms, and with the influx of surgeons from all over the world, there was no room for any newcomers to work.  Needless to say, this was no problem to us since we arrived with our fully equipped 4 operating rooms, so we told them all we needed was a place to set up.

Believe it or not they gave us the morgue, since it is the only other building that had running water.  Within 4 hours, we were operating on patients with all sort of injuries. Teams from different countries were extracting people from the rubble, and those teams bypassed the central command area in the hospital and delivered the critical patients directly to us.  This was one of the most rewarding, yet the most traumatic experience we had.