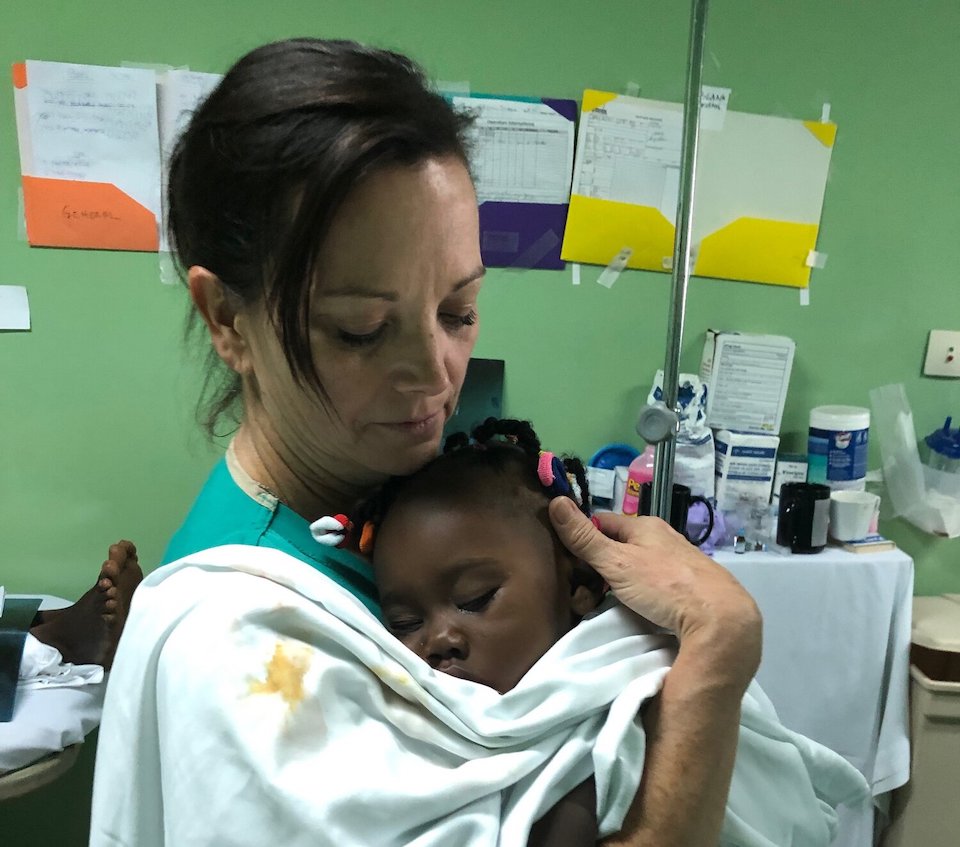 Due to the complete lack of any modern equipment, Team NY had to ship a 40’ container to the hospital several months in advance. “The most difficult part was dealing with the bureaucratic system and the red tape to release the container”, said Dr. Medhat Allam, the team leader.  The container had 4 fully functioning operating rooms, a 5 bed ICU, sonogram machine, X-ray machine, and many other equipment that resulted in modernizing the entire surgical suite.  Despite the heat that approached 100F, hundreds of patients waited every day from morning to night for hope of receiving treatment.

The team worked from 6am until midnight every day, but unfortunately many patients were left untreated.  One of the interesting cases was of a patient name Aboitine who had a 6.5 kilogram tumor in his shoulder. He had this tumor since he was a child. He used to walk around, hopeless, struggling with every step. Due to his tumor he lost his job, became homeless, and struggled to sleep at night. His life was not only uncomfortable, it was unbearable. Thankfully his friends dad drove him hours to see us and we were able to remove his tumor, allowing Aboitine to live a better, longer, life.