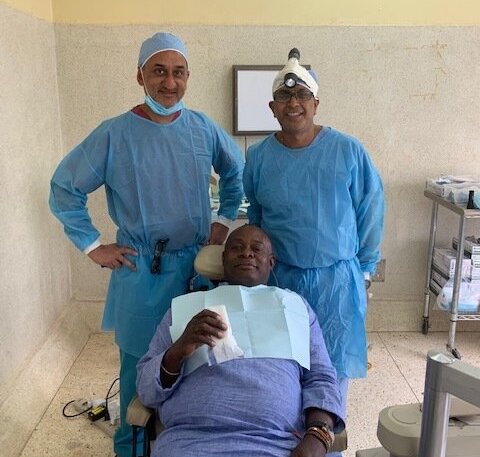 This was the first mission for the team to Africa.  We chose Rakai since it is a well-run base of Operation International, which made our first far away mission easier.

In addition, Operation International was planning on shipping a container with eye equipment to establish the first eye center in that area, so it made sense to ship the dental equipment in the same container.

The team’s last working day was Friday, which was the arrival day of the eye team, so at that day there were 48 volunteers from Operation International at the same place.

The local King took the opportunity to throw a big party for both the teams that was wonderful and attended by several hundreds guests including all members of the local government who wanted to thank Operation International on the work done in Rakai district.