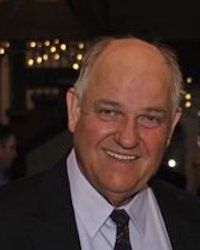 Jack Van de Wetering founded Ivy Acres on Long Island with his brother Peter in the early 1960s. In the beginning, the company focused on growing tomatoes and other vegetables. Several years later, Jack switched to growing bedding plants then added another location in Baiting Hollow in the mid-1980s and a plug production facility after that. In 1998, Ivy Acres added a third production facility in Vineland, N.J., to better service its customers in Pennsylvania and New Jersey. Jack has been an active Rotarian for most of his life on the North Fork of Long Island where he supported many local and international projects. Jack joined Operation International Board after years of backing the charity both personally and as a Rotarian.