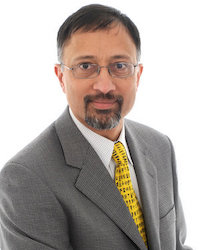 Dr. Mehul Mehta is the president of Team MI. Dr. Mehta was raised in Kenya. He went to school in London, England, and finished his residency in General Surgery, Plastic Surgery, and Hand Surgery in the United States. He is currently practicing Plastic Surgery and Hand Surgery in the suburbs of Detroit and is on the faculty at Wayne State University and Oakland University. He has performed 20 missions around the world with various organizations but, since 2009, has been exclusively with Operation International's New York Team. In 2013, he started a new chapter of International Operation International, the Michigan Chapter, along with his wife, Claire. He now does two missions every year with Team New York and his Michigan Team. His interests include traveling, playing squash, skiing, and flying.