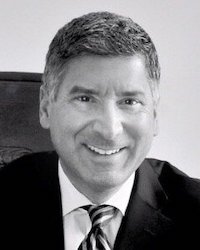 Michael received his Bachelor of Arts degree at New York University, and received his Juris Doctor from Union University, Albany Law School. He is a partner in the law firm of Egan & Golden, LLP, and is actively involved in the litigating civil cases in federal and state court. In addition to practicing law, Michael is the President of the Board of Directors of Hopscotch Adoptions, Inc., a Hague Convention accredited, not-for-profit international adoption provider dedicated to orphan relief and adoptive placement of children with families in the U.S. and abroad. Michael is also a former President of the Board of Trustees of the John Jermain Memorial Library where he currently is serving as Vice President. Michael also was on the Board of the New York Armenian Home, a not-for-profit senior assisted living facility in Flushing, New York, and served as President.